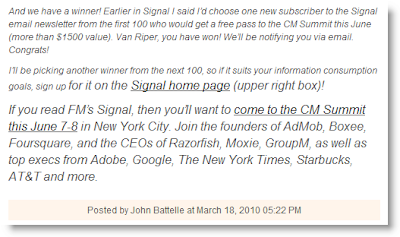 Since I won't be able to attend the CM Summit in New York City this June, I have decided to take the free pass that @JohnBattelle gave to me and "Pay It Forward." In true conversational marketing manner, I have decided to give it to the person with the best tweet about why I should give it to them during the Chirp Conference. Participation in this giveaway, the announcement of the giveaway winner, and even the transmission of the prize will all be conducted on Twitter. The rules are simple: 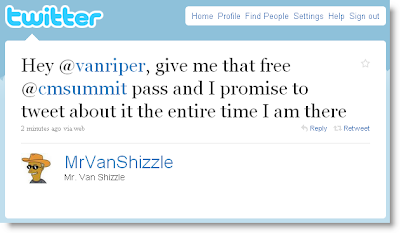 Finally, multiple tweets from the same account are more likely to hurt than help your chances. In fact, repeating the same or similar tweets repeatedly will be grounds for disqualification. I won't be randomly picking one tweet from the twitter search results anyway. So, additional tweets will not improve your odds of winning. 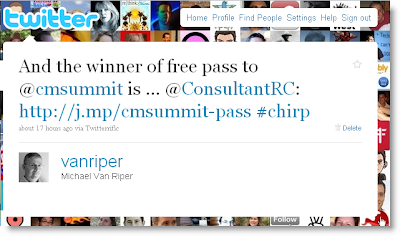